Should I Talk to Either the Police or My Accuser? 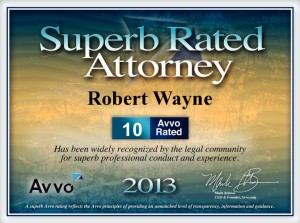 Most criminal defendants convict themselves. And, they usually do so within minutes of being confronted with an accusation. The saying,”confession is good for the soul,” was not invented by a criminal defense lawyer. The truth is that it doesn’t even take a flat out confession to land a person behind bars. You can incriminate yourself in the course of trying to explain why you are innocent. You can provide details that give the police leads in their investigation. You can tell a long story that gets incompletely remembered. There is an excellent video about the risks of talking to the police on YouTube that you can see by CLICKING HERE. It’s a bit long but well worth watching so you can understand why criminal defense lawyers won’t let their clients talk to the police under most circumstances. And, if you don’t want to hear it from a criminal defense lawyer, there is another YouTube video with a police officer discribing how he traps people during interrogations (JUST CLICK HERE). If you watch the videos, click on the return arrow at the upper left hand corner of the screen to return here.

The Threat of Being Arrested. No one wants to be taken out in handcuffs and be put in jail. Some people will agree to “make a statement” because they believe that that will keep them from being taken away. The problem is one of a short term gain and a long term major loss. If a person makes a statement that incriminates himself, he may or may not go to jail today, but he greatly increases the chance of conviction. So instead of going to jail and getting released in a few hours or bailed out, he takes the risk of increasing the chances of conviction, which could mean a much longer time behind bars. You have to be careful about being short-sighted and that is difficult when you are confronted by an officer in uniform.

If you talk with your accuser, you know that you are speaking to a biased listener. Psychologists have documented that bias affects how something is heard. If the other person is less than a perfect listener or has a tendency to be less than honest, just imagine how his or her report of the conversation will come out. Worst of all, if there is the possibility of a criminal charge being brought, an inventive prosecutor may add charges of witness tampering. If you want someone to explain it to, hire a lawyer.

A prompt and thorough investigation can be the key to winning at trial or getting charges dismissed.  Photographs of injuries or property damage should be taken immediately.  Here are some case examples of how investigation made a difference.  Click here for Investigation – A Key to Winning.

Robert J. Wayne, P.S. has been defending criminal cases for 35 years. He has lectured on criminal law and trial strategy to other lawyers, and has taught literally thousands of lawyers how to try cases.  In practice since 1974, he has been listed by Washington Law & Politics as one of the 25 best criminal defense lawyers in the state of Washington. For two years he was the Chair of the Criminal Law Section of the State Bar. His practice involves challenging felonies and misdemeanor domestic violence cases. He has argued cases in the Supreme Court, the Superior Court, the Federal District Court, the United States Court of Appeals, and countless District and Municipal Courts.  Other lawyers have rated his ability, resulting in an AVVO rating of 10.0 and a Martindale-Hubbell rating of A.V., the highest ratings that can be achieved.

Bob Wayne is uniquely qualified to handle such cases, having represented people from all walks of life in the criminal courts of Washington. In the 1970s he was a prosecutor, an experience that has provided a perspective for understanding the opposition in criminal matters. In 1978 he opened his own practice representing individuals and businesses charged with crimes. In 1986 he was one of a handful of lawyers who founded the Washington Association of Criminal Defense Lawyers (WACDL). He served on its Board of Governors and created and chaired the Lawyer’s Strike Force; a group of lawyer’s lawyers who represented attorneys who were charged with misconduct or otherwise challenged for aggressively representing their clients. He was awarded the President’s Award for this work.

Mr. Wayne’s contributions were recognized nationally when the National Association of Criminal Defense Lawyers (NACDL) appointed him to chair a national Strike Force, performing the same kind of representation of lawyers on a national scale. In 1994 the NACDL awarded him it’s President’s Award.

Respected by the Courts

Robert Wayne is known by most of the judges on the King County Superior Court and the U.S. District Court. He has briefed and argued cases before the judges for years. He is known to be an excellent writer, an accomplished speaker, and a credible and honest lawyer.  He serves on the Board of Trustees of the King County Bar Association (KCBA) and is the KCBA Secretary.  He was the chair of KCBA’s Judiciary & Litigation Committee for 4 years, chair of the Judicial Conferencing Committee for 2 years and has been the lawyer representative on the King County Superior Court Judge’s Committee on Local Rules for 5 years.

How Can I Tell How Well He Will Do For Me In Court?