Is Trial Experience Important if I Want to Settle my Case? 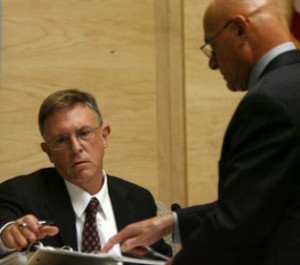 Civil litigation is a maze of rules and deadlines.  It is a trap for the inexperienced and unwary.  You need the guidance of a lawyer who has gone down that path many times so that you do not fall victim to the mistakes of the inexperienced.  The hidden truth in civil litigation is that most lawyers, who consider themselves litigators, have rarely, if ever, taken a case through to a jury verdict.  The overwhelming majority of cases settle and some settle badly in part due to the mistakes and insecurities of the lawyers handling them.  Robert Wayne handles civil and criminal trials, which benefits his civil clients in two ways.  First, more criminal cases go to trial, meaning more trial experience and more experience dealing with the judges on the courts.  Second, some civil cases overlap with potential criminal issues.  For example, allegations of fraud or non-compliance with regulations can have criminal consequences.  A lawyer who has criminal law experience can anticipate those risks.  Robert Wayne not only has defended such cases, he was also a deputy prosecuting attorney near the start of his career.

To find out more about Civil Litigation, Click Here.

How Do I Find the Right Lawyer?

There are some cases that require a large firm. Typically those cases are the mega-document cases involving hundreds of thousands or millions of documents. Large firms can send out associates and para-legals to review what may be a warehouse of documents. It is hard for a small firm to devote the same level of resources. Some people assume that large law firms have the best legal talent. That is not entirely true. Many top law students are drawn to them, but some move on to open their own practices, while others choose a different direction from the start. You will find that there are advantages and disadvantages to the staffing approach used in the large law firms, which can also affect the cost to the client.

Robert Wayne has been a trial lawyer for 39 years. He graduated from law school with honors and became a law clerk on the United States Court of Appeals for the D.C. Circuit, a much coveted position. He then was recruited to Seattle to work for the largest law firm in the region, Perkins Coie. He moved on, hoping to gain more trial experience. He has tried many civil cases, but has obtained additional trial experience by prosecuting and defending criminal cases as well.  He has also taught trial skills since 1977. For thirty years he taught University of Washington Law School students trial advocacy skills, while maintaining a full time practice. Since 1980 he has taught lawyers the same skills through programs on cross-examination, argument, and use of computers in trial. He has lectured across the country and has taught advocacy instructors how to teach trial skills. In the process, he has learned a thing or two as well.

Robert Wayne is known by most of the judges on the King County Superior Court and the U.S. District Court. He has briefed and argued cases before the judges for years. He is known to be an excellent writer, an accomplished speaker, and a credible and honest lawyer.  He served on the Board of Trustees of the King County Bar Association (KCBA) and was the KCBA Secretary.  He was the chair of KCBA’s Judiciary & Litigation Committee for 4 years, chair of the Judicial Conferencing Committee for 2 years and served as the lawyer representative on the King County Superior Court Judge’s Committee on Local Rules for 8 years.

How can I tell if he is good in Court?